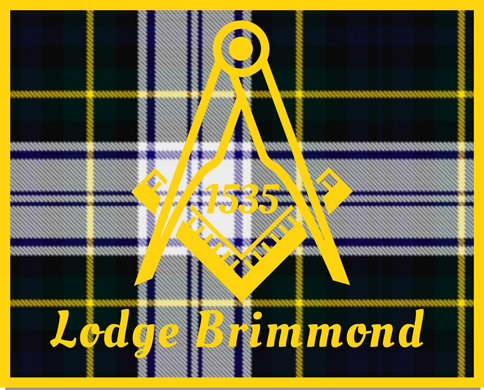 According the the legends that form part of Freemasonry, the fraternity dates back to the time of the construction of King Solomon's Temple. This enormous structure required a highly organised workforce and let to stonemasons, architects and others, being organised into various grades or guilds, each with it's own responsabilities. Towards the end of the 19th centuary, while excavating in the Lyban desert, the British archaeoligist and Egyptologist, Sir William Petrie, unearthed papyrus records describing secret meetings around 2000 BC of such a guild. These records concerned not only matters such as working hours, wages and rules for their labour, but also the relief and assistance for workers in distress and for widows and orphans.

What happens at meetings?

As with any organisation, the meeting is first called to order, and the ceremony of opening the Lodge begins. This is formal and draws on elements of the very foundations of Masonry. It serves to remind the Freemasons of the virtues they seek to live by.

Once this is complete, minutes and correspondance are read, projects are planned, and any other business taken care of, very much like any other organisation.

When new members are being received or are being advanced through the degrees of Craft Masonry, formal ceremonies are again used to teach Freemasons important moral lessons.

Following the formal closing of the Lodge, it is usual, especially in Scotland for socialising to take place normally over food. This is know as the harmony.

What are Freemasons? They are ordinary men who try to live asgood citizens with high moral principles. They do not claim a monopoly on these ideals, but by joining together in Lodges, they practice and teach these ideals of kindness, honesty, decency, fairness, courtesy, understanding and concern for others, and hope thus to become better members of society.

Who are Freemasons? They are ordinary men from all walks of life without social or financial distinction. Some do not openly declare membership; others do and wear Masonic ties or rigns. Some you will like; others you may not. They are in other words, a cross section of society.

The names of many formar Freemasons will be familiar to you. hey include several Kings and political leaders, among them, Edward VII, Sir Winston Churchill. American Presidents Washington, Trueman and both Roosevelts were members.

And in the realm of composers men like Mozart, Haydn and Liszt, and from more recent times Gershwin and Gilbert and Sullivan were all members.

Cost and Time of Membership

Most Lodges meet twice a month, or around 20 times in the year, and members are expected to attend regularly. Many members will occasionally visit other Lodges.

Dues payable by members are modest compared with most other clubs and societies and can easily be determined by enquiry from a member of a particular Lodge.

Should you decide to join us, once accepted, we and every legitimate Lodge world-wide will make you heartily welcome.

What is a Lodge?

The term 'Lodge' has two meanings in Freemasonry, it is used to describe the place where meetings are held. It referes to the temporary buildings erected by Masons alongside their construction projects. These were used by craftsmen as places to rest, eat, plan the project, receive their wages, and socialise. Training and education would also have taken place in the Lodges.

The second use of the term 'Lodge' refers to individual groups of Freemasons.

A national structure evolved called the Grand Lodge of Scotland. The Grand Lodge is the governing body of Freemasonry in Scotland

Perhaps the most frequently asked questions nowadays are about the relationship between Freemasonry and religion & politics. The Media frequently implies or directly states that Freemasonry is 'anti-religious' or 'politically orientated'. These charges are, in fact entirely inaccurate and without foundation.

It is an absolute requirement for membership, that a Mason must beleive in a Supreme Being. Every Scottish Lodge, at it's meetings must have the Holy Bible known to Freemasons as 'The Volume of the Sacred Law', in evidence and open. For the Jew the old Testament, for the Muslim the Koran, and so on may also be in evidence if Brethren of such beliefs are present.

Freemasonry regards a man's relationship with his God as a purely personal matter, and never enquires into it or lays down any rule or regulation about it save that: (i) all Masons must believe in God, however they address Him, and (ii) no discussion on religious matters is permitted at Masonic gatherings.

The ruling on politics is much the same. Freemasonry has no political attitudes except to require its members to be peacable and law abiding citizens regardless of their individual political opinions, and discussion on politics is simililary prohibited in Masonic assemblies.

Freemasonry demands that its members respect the law of the land in which they live and work. It's principles do not conflict in any way with their duties as good citizens, but rather strengthen them in fulfilling these duties. It never calls on a member to put the Order before his family or friends and condemns the use of his membershhip to promote his own or anyone else's business or personal interests. It insists that a Masons duty to society should always prevail and a member may never attempt to shield anoher Freemason who has acted dishonourably or dishonestly.

Masonry is not a secret society, but a society with a few secrets. Very few, in fact, and these are solely concerned with modes of recognition. They are simply the methods by which a Mason can prove he is a member. Like many other aspects of Freemasonry these are traditional, modern Freemasonry has retained the means of mutual recognition.

A candidate, during the degree ceremonies is required to make a solemn promise, or 'Obligation', never to reveal certain matters which are about to be revealed to him. The symbolic ancient penatlies for breach of such promises, were, however, relegated in the last centuary to mere historical mention.

The membership, meeting places and activities are readily ascerained by anyone who is interested enough to enquire. The laws and constitutions are all published and there are many books on Freemasonry that are available in public libraries. Our organisation has its headquarters in George Street, Edinburgh and regularly has open door days for the public. It also has a fantastic museum which the public can look at as well.

The Grand Lodge of Scotland is the supreme autority over all its subordinate Lodges, not only in Scotland, but in Africa, Asia, Australia, India, and many other placesfrom New Zealand in the East to Jamaica in the West. It is an entirely independant and autonomus body, though it works in close co-operation with its sister Grand Lodges in England and Ireland and with more than 100 Regular Grand Lodges throughout the world.

Lodge Brimmond was granted charter in 1957 by the Grand lodge of Scotland with our first candidate being initiated in 1958. we are based within St Johns road masonic hall. We regularly meet every 1st and 3rd Thursday of each month excluding the summer break. Our lodge consists of a eclectic mix of brethren from all manner of different back grounds and age groups. We always offer a hearty welcome for visiting Brethren a long with our traditional Brimmond hospitality, we offer the same to any prospective candidates.